The importance of design inclusivity with Dyslexia Scotland 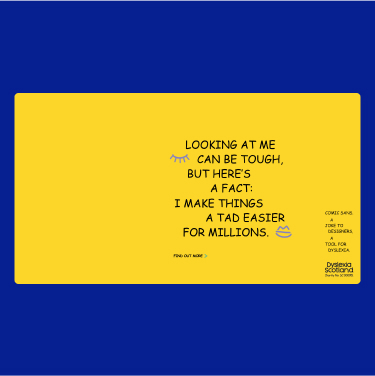 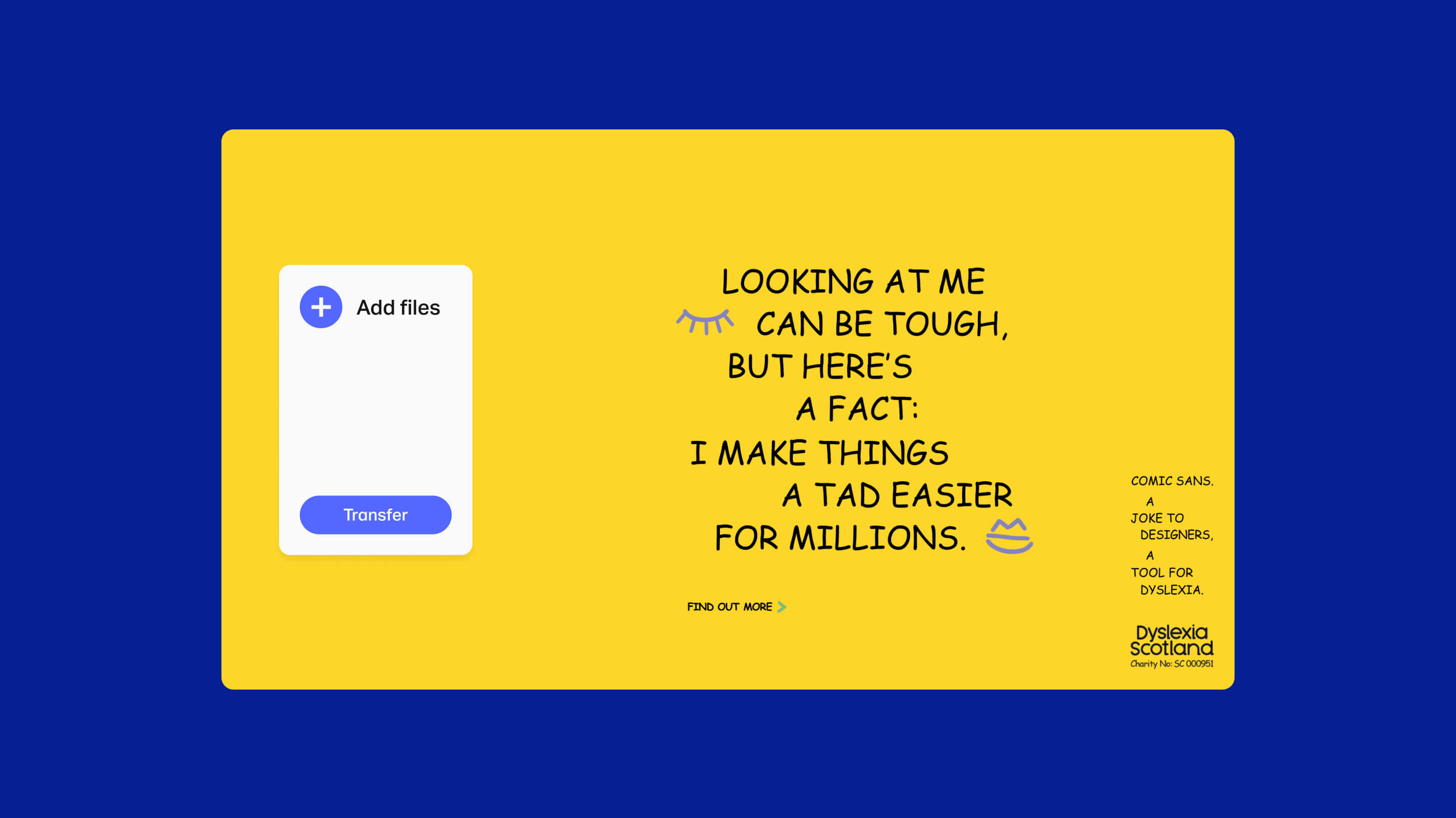 To raise awareness about the importance of accessibility and inclusivity within the creative workforce, WeTransfer joined forces with creative shop Innocean, media agency Havas, and non-profit organization, Dyslexia Scotland for an impactful three-part global campaign titled, There’s Nothing Comic About Dyslexia.

Tapping into typography and letting the words do the talking, WeTransfer’s simple wallpaper executions, which had an impressive click through rate of 1% in Germany, Switzerland and Japan, not only educated our users but helped to close the gap between aesthetically pleasing and dyslexia-friendly design.

Dyslexia Scotland has one bold mission: to empower people to reach their full potential, in life, learning and work. Running for over 50 years from the city of Stirling, a small team of devoted changemakers are working to create a dyslexia-friendly Scotland, while inspiring those with learning disabilities to discover their potential.

Working in alliance with Innocean Berlin and WeTransfer, There’s Nothing Comic About Dyslexia launched during Dyslexia Month in October 2022 and was part of WeTransfer’s 30% inventory donated to artists and causes that matter.

Innocean Berlin teamed up with typeface designer Daniel Brokstad, a Norwegian graphic designer and illustrator based in New York, who has worked with some of the best in the industry designer including well-known Stefan Sagmeister, to publish and distribute this digital campaign, hosted by WeTransfer.

Using the divisive Comic Sans as a hero font, their aim was to fight the stigma against dyslexia through an unexpected voice and encourage creatives not to download Brokstad’s bespoke font “Inconstant Regular” via a bespoke microsite, but also call on designers to create more fonts that are dyslexia-friendly and good for design.

Inconstant Regular is not only an aesthetically pleasing typeface but it is also, importantly, designed to be highly variable to fit individual dyslexia needs.

Users were able to click on the rotating wallpaper creatives to discover further information about Comic Sans's noble role in helping 780 million people around the world read more clearly. The microsite also featured an animated video and a downloadable guide to help guide other designers through their own dyslexia-friendly font creations. 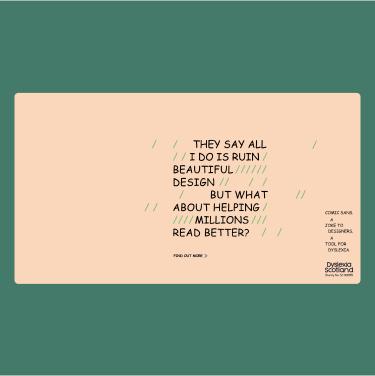 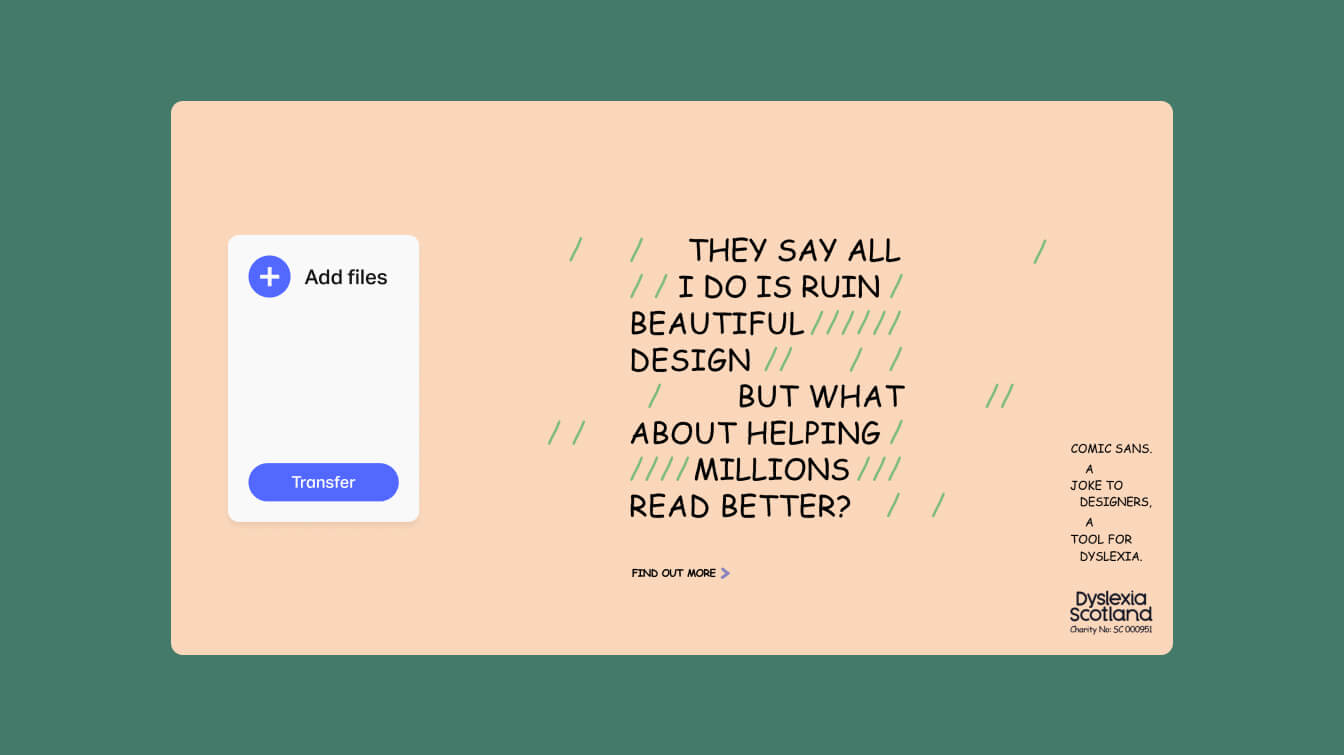 Thank you for reaching out to WeTransfer Ad Studio, your request has been submitted and we will get back to you as soon as we can.